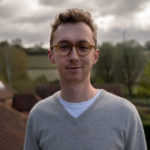 We lost a pitch recently. It doesn’t happen often these days, we qualify opportunities exceptionally hard and turn down over 50% of work that comes our way. But losing is part of agency life and baked into the business model. We’re used to it.

Complacency is a killer

Without an occasional lost pitch, there may not be much to drive you forward. The biggest improvements we’ve made to our proposals and pitch processes have all been off the back of lost opportunities.

Losses have propelled me to even bigger places, so I understand the importance of losing. You can never get complacent because a loss is always around the corner. It’s in any game that you’re in – a business game or whatever – you can’t get complacent.

Not only does it create learning and optimisations, but on a personal level I often feel more motivated after a lost pitch. I wake up the next morning excited about doing more great work, winning more awards, building a stronger team and ultimately leaving the client wishing they had worked with us. A bit like when my GCSE maths teacher told me I probably wouldn’t ever get more than an A grade anyway so not to worry. I made sure I got a A*. Maybe I need to see a therapist…

I used to worry that losing pitches was always damaging for team morale. In this recent case, a number of our senior team took time to meet with this client’s CMO after the pitch on a follow up call.

But losing a pitch can be as much of a team building exercise as winning a pitch. It’s a chance for open feedback, honest review and learning to take place.

Success is a lousy teacher. It seduces smart people into thinking they can’t lose.

In the case of the pitch we recently lost, two out of four of our team also told me separately that they had felt a bit uncomfortable by the approach and style of the CMO. Another sign the relationship fit wasn’t really there and we likely dodged a bullet. As an agency it’s easy to get wrapped up in the process of the pitch and want to win no matter what. You often know the signals of a terrible client are lurking, but you choose to ignore them. In this case, I wish we’d pulled out of the process earlier, and so a lost pitch can be a reminder to trust your gut in these situations.

In the pitch we recently lost, the CMO kept talking about how relationship and partnership were so important to them. And yet in the next sentence he would refer to us as a ‘vendor’ or ‘supplier’ rather than a ‘partner’. My alarm bells are always ringing at that point.

At one point they told us that there were a fixed number of agencies already in the pitch process. Yet a few days later by chance I saw one of the client’s team on LinkedIn asking for recommendations on other agencies of a similar profile to us to invite to pitch. Another sign that the honesty the client claimed to be seeking seemed to be missing from their own processes.

The client was potentially going to be spending 6 figures with us over the next 6 months alone, claimed to be big on partnership and relationships, and then decided to try and pick an agency off the back of a 40 minute pitch slot, the excuse being ‘our senior team are too busy.’ They probably wouldn’t hire a marketing exec on a £25k salary off the back of a 40 minute interview alone, so how can they expect to sign off on spending hundreds of thousands of pounds across a complex project and years-long relationship with an entire team of people in 40 minutes?

So whilst the client claimed to be big on partnerships (at the core of which you would assume sit honesty and transparency), they were dishonest throughout and didn’t create a pitch process that was conducive to truly selecting a ‘partner’. We should have pushed back on this in hindsight.

It’s cheap and easy to talk about ‘partnerships’, but by their very definition partnerships work in two directions. Behaviours and actions speak much louder than words. A lost pitch can be a stark reminder of the importance of relationships.

After losing a pitch I usually leave it a day, and see how I feel the next morning. The question I ask myself is: if the client got back in touch to work with us in the future, would we still be interested? Sometimes I think losing is a genuine shame and I’d still love to work with the client. On other occasions I wake up relieved at dodging the bullet, and fired up about how it will make us a better agency. In this recent case, it was definitely the latter.

I say that not from a position of arrogance, but one of experience. I know as a fact (and have the data to back it up) that terrible clients and poor relationships damage agencies. They cost agencies money, they wear down teams and they potentially cause long term damage to agency cultures. If the cultural fit doesn’t feel right, it’s probably in the interest of both sides not to work together – no matter how much money is involved.

All things considered, we’re busier than ever and have just had our best month and best quarter ever. I couldn’t be more excited about the future and partnering with genuinely brilliant clients.