On the 2nd of October, Alex Price, Founder of 93digital gave a talk at the fourth iteration of Digital Wave, a conference for young people in Bournemouth.

Digital Wave is a conference aimed at those under 19, with the admirable ambitions to help inspire the next generation of digital talent, and showcase the possibilities of a future career in the thriving UK digital economy.

Young people could attend via their school, college or independently, and were treated to an host of acclaimed speakers and companies exhibiting, all with the aim of inspiring more people looking at and working towards a career in digital – from technical roles all the way through to more communication based roles, such as marketing, or management.

We’re back in the room for some more great talks! A big hello to @alxprce of @93digitalUK who will be talking about his journey into digital and how he founded his own agency #DigitalWave18 pic.twitter.com/mj760JxGlv

This sort of activity is not new for Alex, who is highly active within the digital community, including supporting and talking at industry events. He is passionate about getting more diverse young people into digital. His talk at Digital Wave was charting his story, from

As a founding fellow of the Centre for Entrepreneurs, he has given up his time to lecture at London South Bank University whilst also serving on BIMA’s Young Talent Council, helping to organise the annual ‘Digital Day’ event which sees hundreds of agencies go into schools across the country, so it’s fair to say this opportunity to talk was on brand!

Speakers came from companies great and small, from giants Microsoft and LV= to digital-first entities such as Mitrefinch and SortedFood, a successful YouTube channel.

Over 1000 schoolchildren from Bournemouth and the surrounding areas came to the conference this year, and we’re delighted that 93digital were able to contribute in some way, and hope to be there again next year! 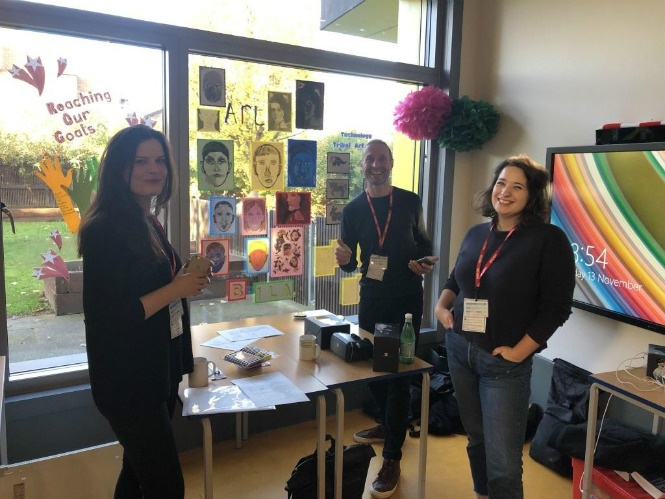