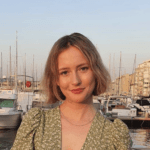 Today is International Women’s Day, a day to celebrate women’s achievements, raise awareness against bias and take action for equality. That’s why we want to take today as an opportunity to celebrate the women of 93digital, by finding out what they think of this year’s theme, #Breakthebias, and what bias they would like eliminated if they could do so with the snap of a finger.

For me, #Breakthebias means educating people on the often subconscious biases that women face in all aspects of life. These could be something like assuming women will take on the more “housekeeping” or “administrative” tasks in the work/home sphere, as if they are naturally predetermined to be good at it. These biases can mean women do not receive the same opportunities as men, due to this perception that they are somehow less biologically suited.

I would break the bias around women speaking up for themselves and taking charge, and how that is somehow considered a “bossy” trait.

Women are often spoken over and this often becomes internalised, causing women to speak up less. Also, studies have shown that when women speak up and speak the same amount as men, it is often perceived that they are speaking more than men. So, in order to not garner flack for this behaviour, women will shrink away from speaking up.

As Chimamanda Ngozi Adichie says in We Should All Be Feminists (and the amazing Beyoncé song ***Flawless), “We teach girls to shrink themselves, to make themselves smaller. We say to girls, you can have ambition, but not too much. You should aim to be successful, but not too successful. Otherwise, you would threaten the man.”

I think this continuing bias should be broken sooner rather than later, so that women can speak up, take charge and be the ***Flawless people that we all can be.

Biases are unconscious prejudices that inhabit the minds of everyone. And I mean everyone. We build our own personal collection of biases just by growing up in a diverse world; they’re ingrained, built into the structures of society as a means to organise groups and categorise differences. We’re predisposed to forming biases, and not all of them are bad, but IWD aims to tackle the negative ones – the ones that are fuelled by hate and insecurity, the ones that undermine individuals and restrict opportunities.

I might be a pessimist for saying this, but I think, at least during our lifetime, we won’t be able to rid the world of all negative biases. Like I said, they’re ingrained. So to me, #Breakthebias means to spread acknowledgement. To make a step in the direction towards elimination of negative biases by making more people aware of the ones that might exist in their mind. This way they might be more likely to factor these potential prejudices into their interactions and decision-making.

If there’s a bias you could break today, what would it be?

As a marketer, I have a constant eye on the media. It’s a passion of mine to analyse current events, upcoming trends, what the public are responding to and how companies are meeting this with products, advertising and marketing.

And boy oh boy, would I love to break bias in the media – when the majority of women scroll through their phones and are met with the male gaze and gender stereotypes.

From an analysis of over 2.7 million YouTube ads, women spoke less in ads for education and government (26% women), automotive (24% women), and business and industrial (21% women).

Google found that, “female characters are significantly more likely to wear revealing clothing than male characters, and are shown more often in the kitchen, shopping, and cleaning.”

Let’s stop this dampening down of female voices!

Let’s stop telling girls, “you should be a nurse or a teacher because men are the CEOs and the surgeons.”

Just because we’ve passed Mad Men days, and not many people have the guts to say it out loud anymore, doesn’t mean it isn’t being said through content, shown to young women trying to find their way in the world.

We are surrounded by biases, the most pervasive and difficult to challenge are those unconscious biases which hold women back.  These are held by all of us, no matter how progressive or inter-sectional we think we are.  I’m going to be working to consider my own privilege, question my own biases and hold myself accountable.

If there’s a bias you could break today, what would it be?

As we’ve had a couple of years where public health has been the epicentre of our consciousness, I am going to dream of breaking the data bias, specifically within medicine and healthcare.

We still live in a world where the incredibly large majority of medical testing is completed on men. Medical research trials are mainly made up of men, and symptoms are treated with the male as the default.

Did you know that?

In removing women from medical research, or ignoring them and showing a bias towards male in testing and data organisation women are at worst losing their lives, and at best suffering worse health outcomes.

“There are two excuses that I get from medical researchers about why they don’t include women in their research. The most common one is that women are just too complicated and too hormonal,” – Caroline Criado Perez

So, surprise! The reason often given for not collecting this data has been the menstrual cycle, sorry scientists our periods aren’t going anywhere so maybe it’s time to just start factoring them into your research?

Until we live in a society where women’s health is considered in the same breadth as men’s experiences, women will continue to lose their lives to medical bias.

On a slightly less morbid note, did you know the original trials for Viagra found that taking it significantly lessened menstrual cramps, however the male panel who reviewed it didn’t think this was worth further review as they didn’t believe there was a market for solving period pains?!

If you wanted to read more about the sex desegregated data, and the gender data gap as a whole (from iPhone testing, to crash test dummies and seat belts) I’d strongly recommend reading Invisible Women – by Caroline Criado Perez.  It’s a great, if incredibly frustrating read, which highlights with much more data and insight than I can, how the gender bias in data costs women’s lives.

Although progress has been made to create equal gender roles within society and the workplace, even today there are still unconscious biases towards women which prevent some women from progressing in their careers. The theme #Breakthebias feels like the start of a movement, where people, of all genders, come together on International Women’s Day. I hope this movement will continue on to tomorrow and beyond, to achieve a gender equal world without the stereotypes and discrimination that some women in the world face still on a day-to-day basis.

It would be to rule out the biased idea that men are more suitable for leadership or senior roles because they are seen to be naturally more superior and powerful than women. Why shouldn’t females be entitled to the same roles that men are entitled to? A gender shouldn’t define a person, regardless as to whether they’re male or female, their knowledge and skill set should take priority and determine if they are suitable for the role.

The bias, unconscious or deliberate, that men are more capable of high paying jobs makes it extremely difficult for some women to progress in their career and are made to feel inferior to men. This shouldn’t be the case, both men and women should be on a level playing field when applying for a job role in the workplace.

This year’s theme is particularly important, as although we have come a long way in terms of progress, there’s still lots of work to be done to ensure that women have an equal chance to succeed and thrive in the workplace.

Across all industries, I think organisations have to become a bit more proactive in ensuring that they are giving women the opportunities to develop themselves professionally, especially in developing leadership skills. Representation also matters here – it’s extremely important for women to be represented within senior leadership teams and to have a seat at the table.

It’s true that women face countless challenges in the workplace and subtle and implicit biases still exist unfortunately. For example, like many women, I’ve been in situations in previous professional settings where I’ve been interrupted and talked over by senior leadership, whilst expressing my ideas.

Similarly, I think women face the challenge of being stereotyped as being organised, which can mean that we’re expected to take on additional responsibilities that may not necessarily give us the visibility to push for further opportunities.

Fortunately, working here at 93digital, we have an awesome team and an open and honest culture where everyone’s hard work and achievements are equally celebrated! To help break these everyday biases, I think it’s just as important for men to become vocal and help elevate their female colleagues in the workplace and speaking out to create an environment that fosters better gender equality. Do you have a CRO strategy for your B2B tech website?