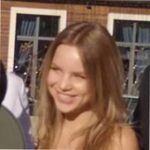 As working from home becomes the new normal, the 93digital team share their take on how its impacting their work. By the sounds of it, aside from missing seeing each other, it’s business as usual at the decentralised 93digital headquarters!

You can read more about our continuity planning here, but in the meantime here is what the team shared:

“I’ve decided to view this unprecedented situation as an opportunity to create some new habits. I make sure to do some yoga every day (I actually miss my office chair, my back is killing me!), drink more water, cut down on biscuits, and get outside (even just to our roof, keeping 2 meters apart from anyone) on every lunch break.  Adding more structure to my working day has also helped me keep productive, so if I’ve got a bigger task to do, such as QA’ing or writing a SoW, I am timeboxing my time spent on email or other admin tasks to ensure those bigger tasks get done more efficiently.

Everyone is 100% making an effort to remain as communicative as they would be in the office – in fact I think my Slack queries are getting answered at a much faster pace than usual! But I am missing seeing people’s faces every day!”

“For the most part it’s all the same. My day starts with a slightly later wake up and I’ll be at my laptop by 8am usually. Spotify, coffee, and into daily tasks. Have been doing a little bit of exercise at lunch to keep some sort of activity going, and occasionally playing a bit on the Switch, but other than that all the same!”

“I’m finding the best way to stay productive is to avoid having the TV on in the background during office hours. I’ve been listening to Radio 1 whilst working to keep me company but the TV is restricted for after office hours! I think the toughest part is not being able to pop over to the developers/designers desks to have a quick chat about a project and collaborate in real time. However, we’re making good use of Slack, Google Hangouts and Zoom too!”

“It’s business as usual as far as I’m concerned. If anything, it’s a bonus not having to jump on trains! Key thing is to stick to a routine and before you know it, you’ll hit your groove.

For me, that’s getting up early as usual, going for a run (keeping 2 meters apart) and then settling down to login and start work. Not being able to walk across the office to chat with the team is a little strange but we do all keep in contact via Hangouts, Slack or Zoom so it’s not a problem.

The only real challenge is getting used to using one screen! Using two is great, but it’s amazing how quickly you get used to being non-screen greedy and using one. Oh, and having to walk down two sets of stairs to get a coffee rather than walking across to the office kitchen.”

“Workouts during my lunch break/after work to stay productive and active. Setting up a workplace that is similar to the normal set up in the office – like having two screens!  It is all very similar to how it is run in the office normally, just a lot more video calls/meetings rather than face to face meetings. A lot more communication is also happening on Slack which is great to keep everyone in the team in the loop on projects.”

“Since we often speak remotely with clients in different locations, and work in a paperless way, nothing has changed too much there. It has meant that I have been spending a lot more time on calls with people in the office and on Slack making sure everything has been understood by everyone and there’s no miscommunication.

One thing I am finding helpful is when these calls are conducted by video instead of just voice. Even though it’s harder to look professional from a desk in your bedroom, a lot can be missed when you can’t identify people by sight and see their expressions. To keep sane I think going out for a walk at the end of the day (2 metres away from everyone else!) is really helpful to clear your mind.”

“Setting up a decent workspace in the house, with the tools that I need (e.g. laptop/ stationary/ snacks to get me through the day) though as a designer the lack of a monitor to look at the finer details is proving tricky! Also trying to spend 30 minutes daily exercising – with my government approved 1 run! I guess the biggest challenge is the self discipline and not being within a ‘professional environment’ which can make it difficult to channel your focus!”

“Routine has changed slightly, no longer need to sit on public transport for 3hrs (total) a day which is quite nice! And where I used to cycle to work, I’ve now started running in the park just a few minutes away. ‘Office’ routine is much the same, coffee first thing then I’ll crack on. I feel a little bit more productive at home, have a pretty similar setup here as I do in the office so transition hasn’t been tough. Tend to forget the hours in a day so work a bit more than usual! As food is so close it’s super easy to just snack which like the coffee I plan to bring down before I have to start making my runs longer. We had done a lot of pre-planning before we started working from home which gave us time to sort out the main pain points we might have faced.”

“To stay productive I have a routine of waking up and going to bed at the same time as when I was working in the office. Another trick is to dress as I would do for work – it gets me in the ‘work mood’. To make sure my daily goals are met, I have my personal objectives for the day i.e. creating the form or creating a certain number of Gutenberg blocks. And as for challenges, while I definitely prefer face to face communications, at the moment Slack and Google Hangouts will do!”

“There are some challenges, however most of them come from the change in environment and the way I work rather than the work itself. To stay productive, I have segregated my work space away from my lounge space so that I can focus on work without getting distracted. There hasn’t been much change in the frequency of coffee rounds but I do miss my fellow caffeine consumers. Overall, it’s a challenge that I’m thankfully well equipped to deal with but it cannot replace the work environment I enjoyed at the office.”